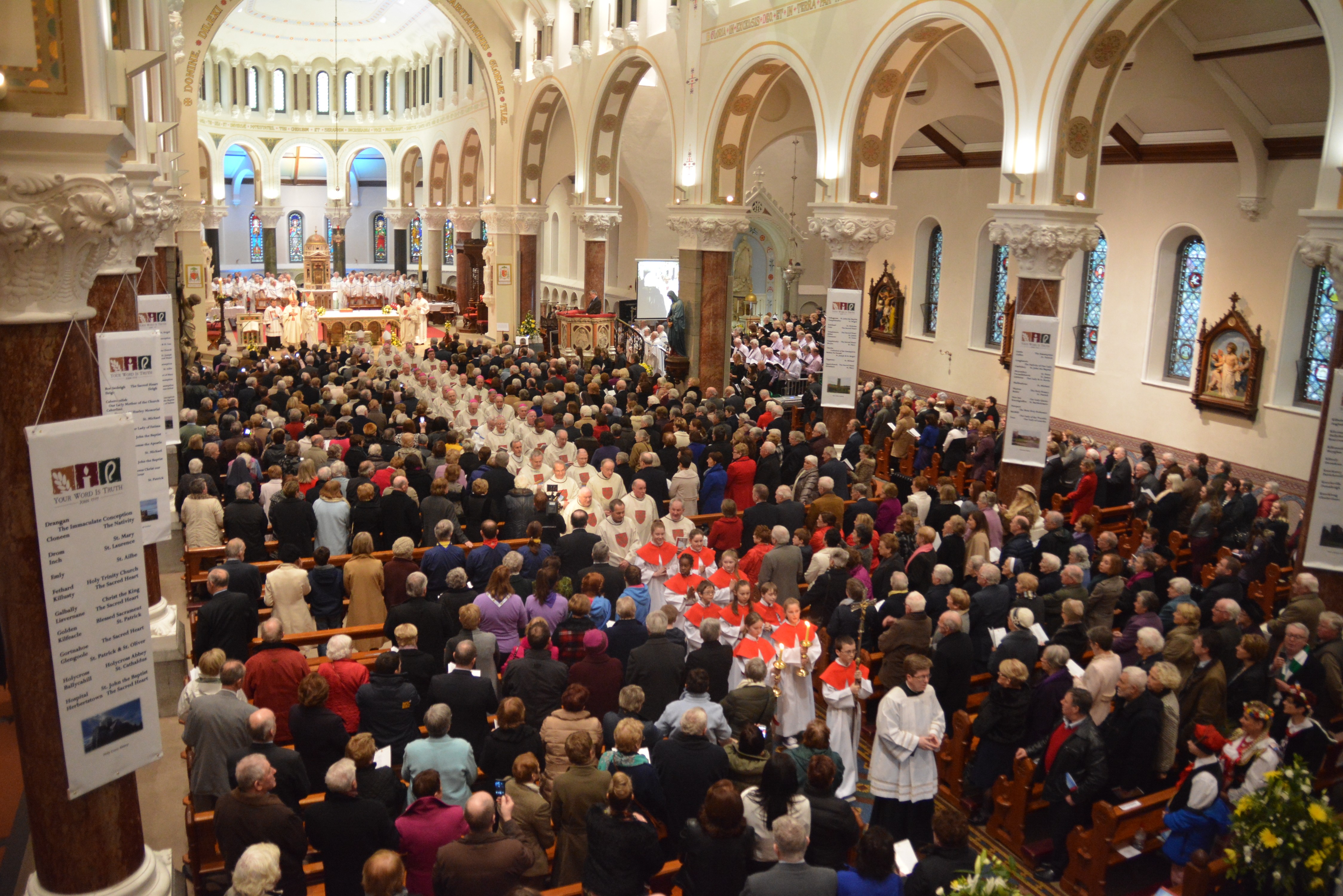 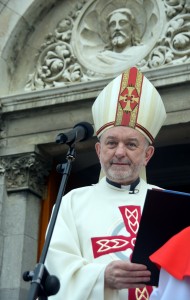 Kieran O’Reilly SMA (born 8 August 1952) was appointed Archbishop of Cashel & Emly on 22 November 2014, after serving as Bishop of Killaloe since his episcopal ordination on 29 August 2010.
Bishop Kieran O’Reilly was born in Cork on 8th August 1952 to Seán and Theresa O’Reilly. Educated at Presentation Brothers and Scoil Chríost Rí, he entered the Society of African Missions in Wilton, Cork in 1970. Ordained for the Society on the 17th June 1978 he served in Liberia for two years before studying for a licentiate in Sacred Scripture at the Pontifical Biblical Institute in Rome.
From 1984 to 1989 Bishop Kieran was lecturing in Scripture at the major seminary in Ibadan, Nigeria. From 1990 until his appointment as Bishop of Killaloe he served on the Irish and International Councils of the Society of African Missions. At the time of his appointment he was serving his second term as Superior General of the Society. He was ordained as Bishop of Killaloe on the 29th August 2010 in succession to Bishop Willie Walsh who had retired as bishop of the diocese on completing his 75th year.

On Sunday, February 8th 2015 Bishop Kieran O’Reilly was installed as Archbishop of Cashel & Emly.  We welcome him to our diocese and to our parish.  We pray God’s blessings upon his mission among us. 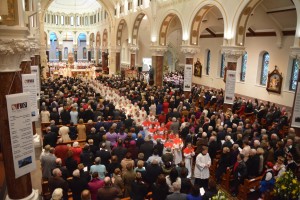 Installation of Archbishop Kieran O’Reilly, S.M.A.: THANKS to our Altar Servers; their families & leaders, Presentation & Ursuline Sisters, St Patrick’s College for the use of their facilities, Greeters – those from throughout the archdiocese at the Rite of Reception and those representing different groups after the Installation Rite, Members of Scouting Ireland; their leaders & families, Bands: Thurles Silver Band, Tomás McDonagh Pipe Band, Templemore & Sean Treacy Pipe Band, Moycarkey – Borris, Chaplains to ADC’s, Choirs: Cathedral Choir & musicians, Diocesan Choir & musicians, participants in the Pouring of Water from each parish, well builders, Readers, Prayers of the Faithful, Dwan Maher Liturgical Dancers, the International Group who decorated the altar, O’Reilly family who presented the Gifts, Eucharistic Ministers, Cleaning Groups for the preparation of the Cathedral – internal & external over the last few weeks, Thurles Flower Club, O’Driscolls, Stapletons & ‘Sunflowers’, Thurles Parish Liturgy Group for Banners & Coats of Arms, Priests of Thurles Parish and all the priests who assisted in the ceremony, Cathedral Sacristy Team & volunteers who helped prepare and reinstate seating in the Cathedral, Star Systems – sound, video & ‘streaming live’ on the World Wide Web, Media & Photographers guided by the Catholic Communications Office, Diocesan Office Staff, Thurles Parish Office Staff, Stewards, Car parking, Ushers, Our Commentator – Mr Jimmy Duggan, Installation Organising Committee & Sub-committees; Liturgy for the Installation ceremony and the Prayer Service held throughout the archdiocese, Catechetical resources for our schools, Logistics, Invitations, Booklet – Fr Christy O’Dwyer (Printers – Fitzpatrick’s, Tipperary Town) and Catering – all who have given generously of their time and talents.
The ceremony is streamed live on http://new.livestream.com/accounts/3124721/events/3788067